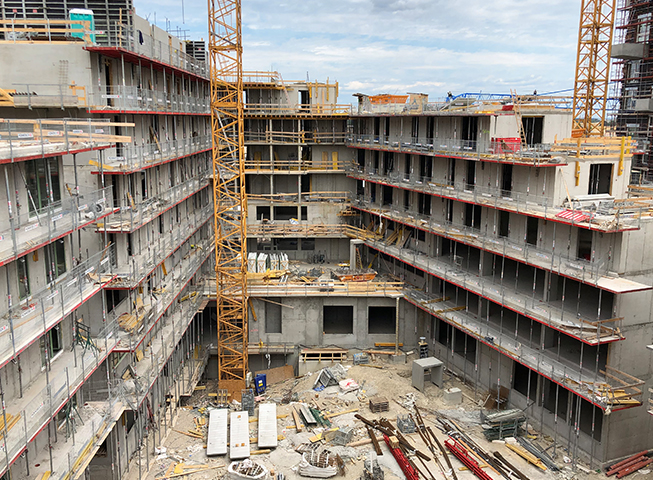 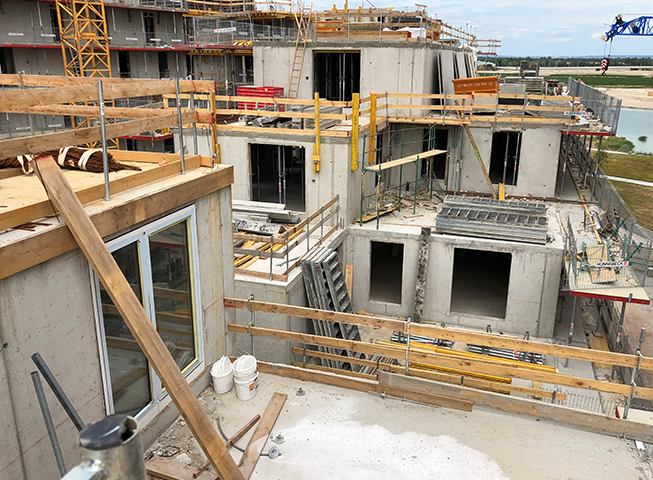 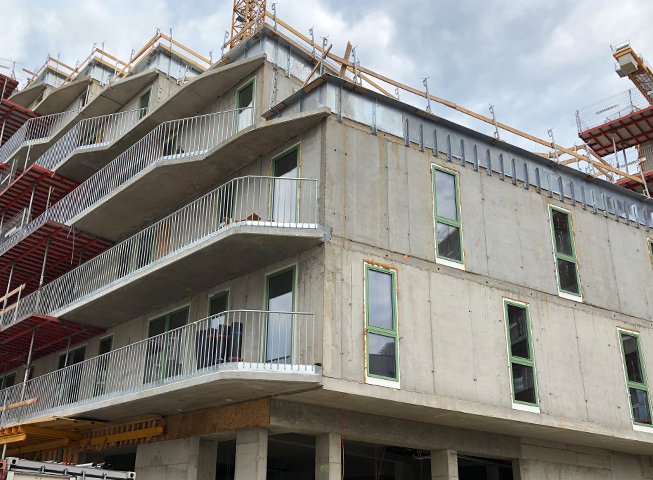 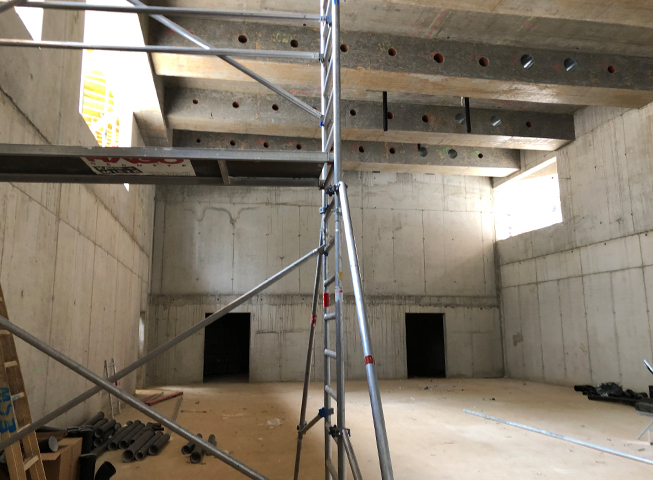 During the last weeks of summer people not only were swimming in Seestadt but they also worked a lot. The two lower building components B1 and B2 reached the top floor in the meantime, while the tower facing the lake reached approximately half of its height and keeps on rising. On the fourth floor, a sealing level was installed, so that the interior work can be continued up to this level. The plasterboard walls on the lower floors are already planked on one side and the installations are continuously assembled. We are particularly pleased that the balconies are now being formed and that we can now get a good impression of what the finished buildings will look like in the future.