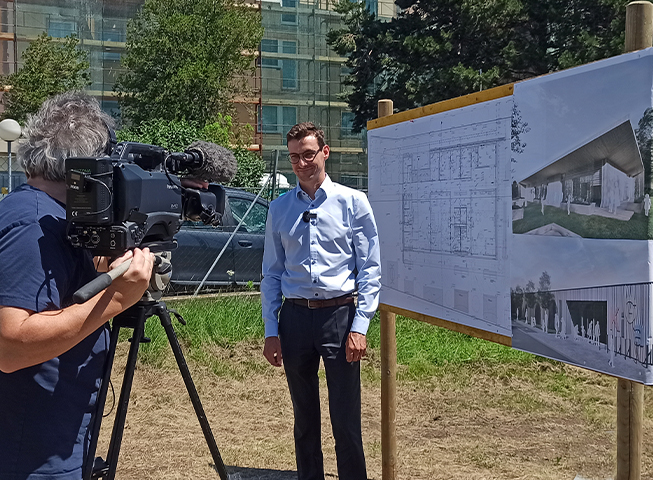 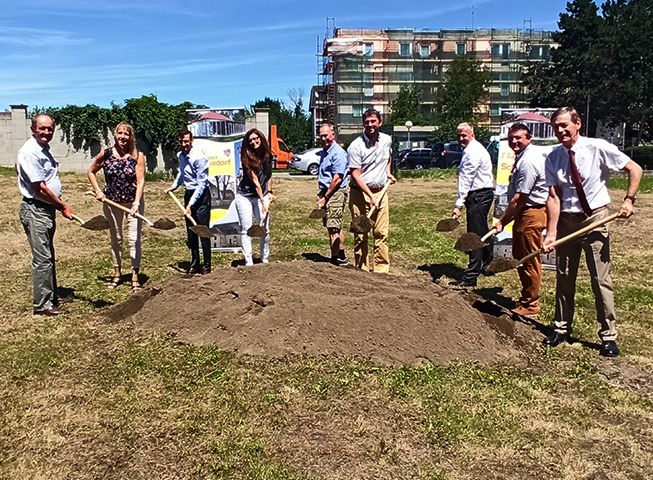 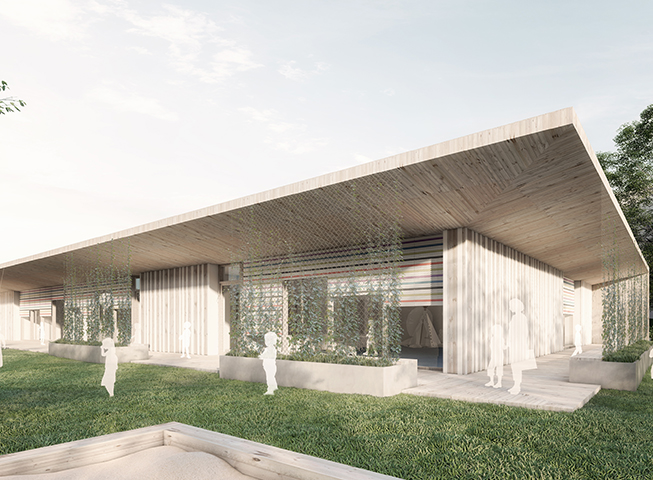 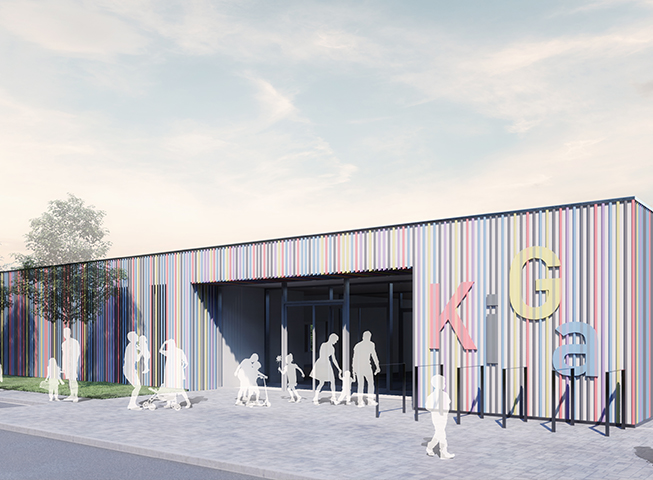 The building site of the kindergarten, right next to the Schwadorf elementary school, received a positive response from everyone involved. By the end of August of the following year, a two-group kindergarten with an exercise room will be realized here.

What was decisive for our win in the architectural competition was not only the creative appearance but also the innovative planning of the kindergarten, which provides for an addition of several groups in different expansion stages with a minimal construction effort.

The ground-breaking ceremony for the construction project of the Schwadorf kindergarten took place on July 2nd, 2020 at midsummer temperatures! The attending guests included representatives of the municipality, the political deputy of the provincial governor, mayors of the neighboring municipalities, contractors, neighbors, and last but not least a camera team from the Lower Austrian News. The mayor, as well as the client Jürgen Maschl, emphasized in their speeches the importance and the great anticipation of the future kindergarten. The education of the children, the future of the community of Schwadorf, plays the most important role for him personally. After the symbolic start of the construction project and after numerous pictures, there was a buffet in the well-deserved shade at the final event.

The overwhelmingly positive mood of all participants allowed us to look forward with enthusiasm to the cooperation and the progress of the construction work. So there are no more obstacles to the actual start of construction work next week!