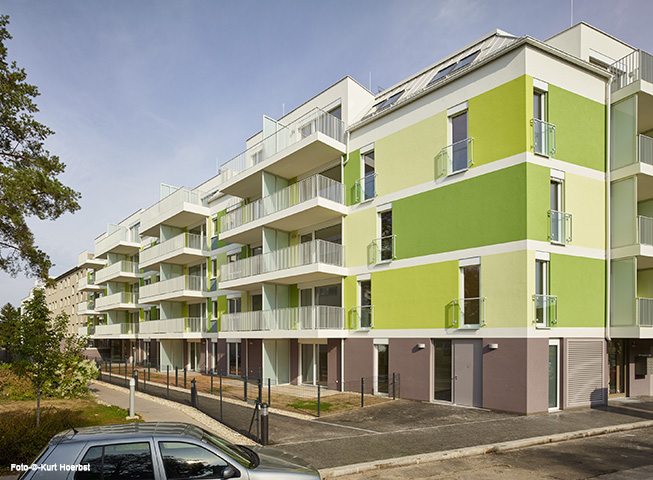 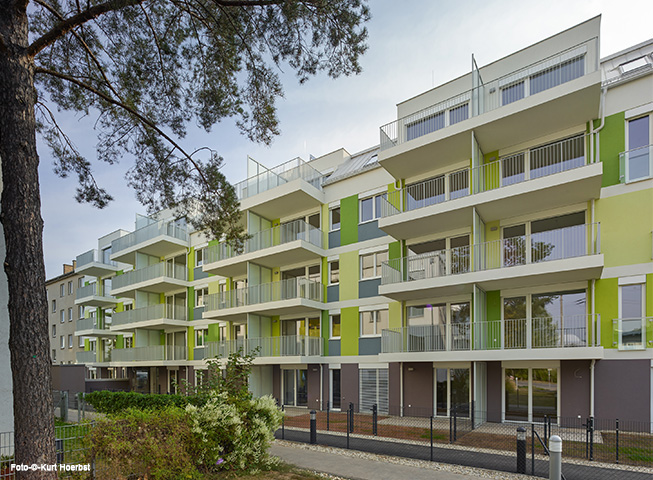 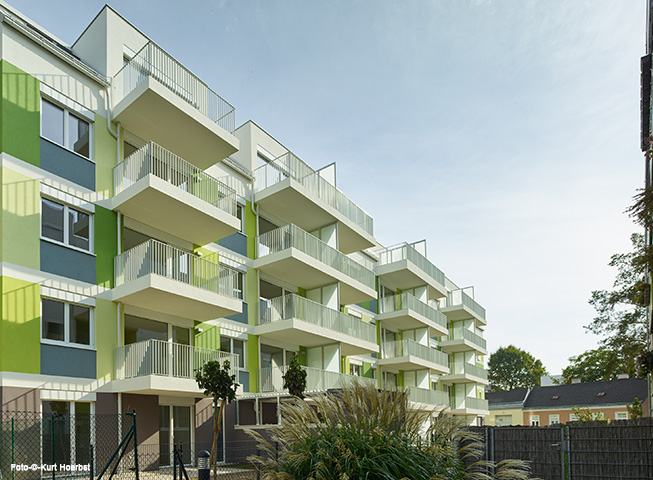 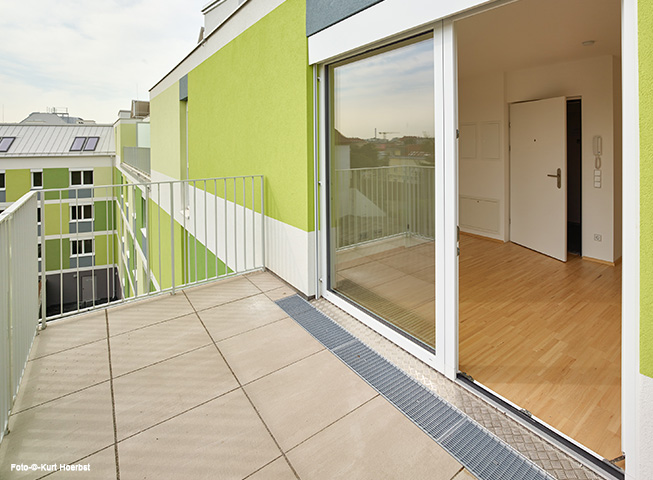 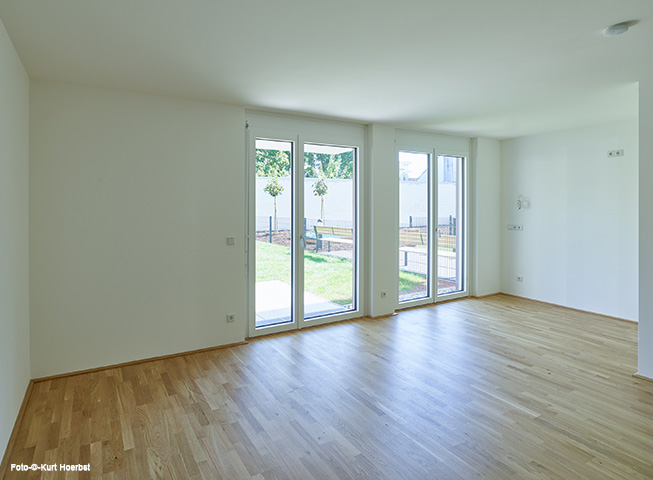 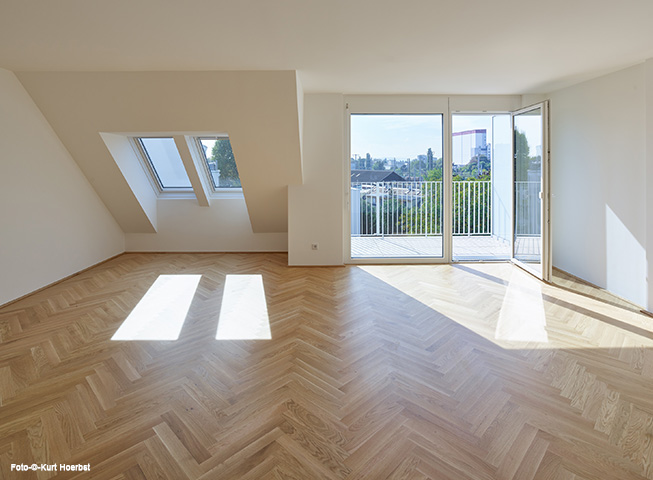 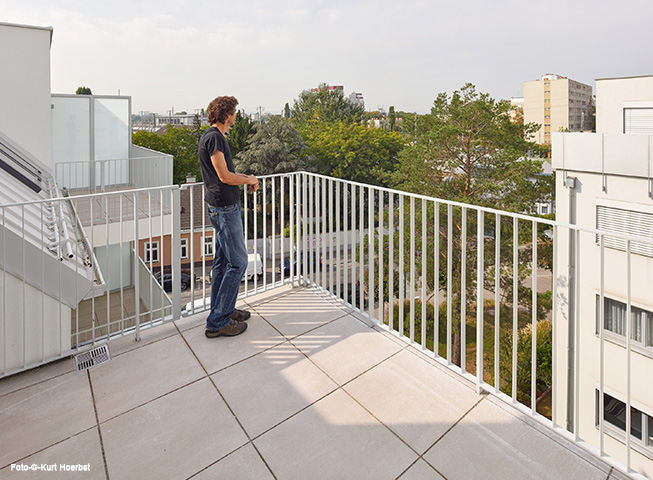 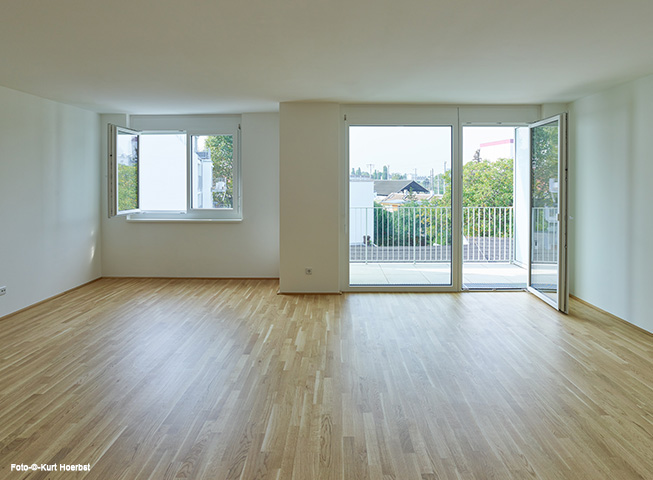 The building in „Langobardenstrasse“ is located in an seminal area, which is evolving into a new, lively quarter of town. The residential development creates high quality urban living spaces with a certain density and fulfils the desire for private outdoor spaces. Each flat has a terrace, balcony, loggia or a garden.
The building structure connects to the existing neighbour buildings on „Langobardenstrasse“ and forms a sheltered courtyard in which the playground and private gardens are located. The flats are oriented to East and West and mostly two-sided.
On the South façade are loggias, whereas on the East- and West façades there are balconies. A circular horizontal strip alongside balconies and French windows gives rhythm to the façade.
The building development consists of 43 flats in varying sizes from 33 to 124m2. The emphasis lies on compact flats with 2 rooms, which account for more than half of the units. About one fifth of the flats have 3 rooms and respectively 4-5 rooms.
On the ground floor there are two cycle- and pram – storage rooms as well as the rubbish room next to the entrance ramp of the underground car park, which houses 24 car spaces and the storage rooms of the tenants.